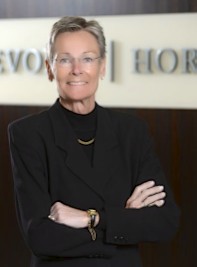 Barbara was an accomplished environmental lawyer, well-known and respected in the legal community. She repeatedly had been recognized by international publications such as Chambers as one of the leading environmental lawyers in Georgia. In 2013, Super Lawyers named her one of the Top Ten Lawyers in the state. She was also a Fellow in the Litigation Counsel of America, an honorary society with membership representing less than one-half of one percent of American lawyers.

Barbara handled permitting, compliance, and enforcement issues in all areas of environmental law. She advised on the development and implementation of sustainable practices, on legislative and rulemaking issues, and in corporate and real estate transactions. Barbara also engaged in civil and administrative environmental litigation.

“Barbara is so well-respected in her field that hiring her puts other attorneys at bay. They know they will be barking up the wrong tree if Barbara is on your team.”  – Rena Stricker, Senior Ecologist, Delta Consultants

“Ms. Gallo’s knowledge of environmental legislation at both state and federal levels exceeds that of anyone I have ever worked with, including 15 years with the largest environmental engineering firm in the United States. It is obvious she is regarded highly by her peers and deserves all the credits and awards she has received. I look forward to talking to her about environmental concerns because I know I will come away from the conversation knowing more.” – Anonymous

“Ms. Gallo is a consummate professional who I would ‘Highly Recommend” to any individual, group or company seeking legal representation in the Environmental arena . . . She definitely knows the law and because of this she will represent you fairly, with integrity and better than anyone else you may interview.  First Class Lawyer all the way around!” – Kathleen, Client