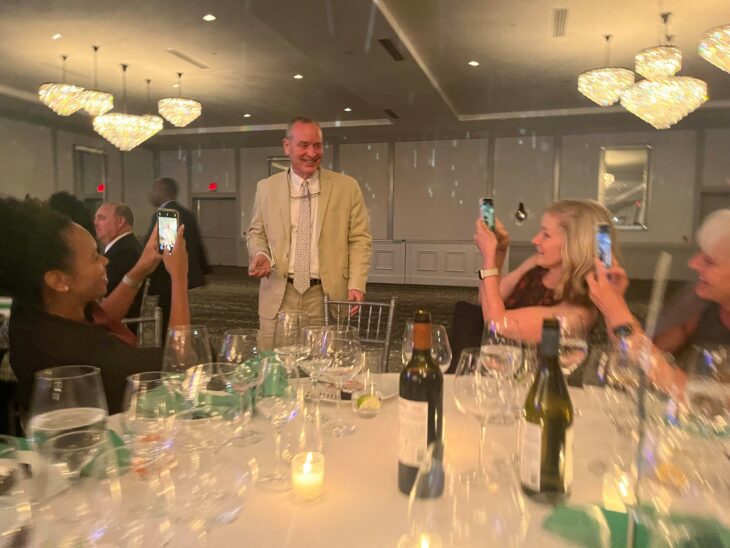 Krevolin & Horst Partner Halsey G. Knapp, Jr. has been named Best Mentor as part of the Daily Report’s 2022 Georgia Legal Awards. Knapp is one of eight attorneys in the Georgia legal community to be given the honor.

According to the Daily Report, the category recognizes lawyers who have helped less-experienced colleagues become better lawyers.

Krevolin & Horst litigation counsel Kana Caplan nominated Knapp for the award, citing his skill as a trial lawyer is something he learned in the trenches, and that he never misses an opportunity to push junior lawyers forward, making sure they have the same opportunities to learn through experience.

“He cares deeply about his co-workers and his clients,” said Caplan. “He frequently checks in with junior lawyers and staff to ensure they are not overwhelmed and always takes time to establish personal relationships with those around him.”

That sentiment is echoed by many who have learned from Knapp.

“I hadn’t been at the firm all that long when Halsey agreed to coach me through a dispossessory case that turned into a two-day bench trial with counterclaims,” said Krevolin & Horst associate Barclay Vallotton. “It would’ve been a lot easier for him to try the case himself but getting to substantively participate with him there providing guidance was an awesome learning experience.”

This honor is joining a long list of Knapp’s existing accolades. He has been recognized by his peers as a top 100 Lawyer in Georgia since 2009 and as a Super Lawyer since 2004. He also currently ranks in the Best Lawyers in America and Chambers Guide for excellence in commercial litigation.

His most notable mentors, of which there are many, are father-in-law C.B. Rogers, who taught Halsey respect for the Courts and the profession, S. Jarvin Levison, who displayed how to use wisdom and compassion to untangle the most complex human relationships, and Ernest Greer, who taught him to never give up or give in.