Have You Asked Yourself These Dozen Questions About Your Non-Competes?

Cases
Insight
Press
Client Resources
Have You Asked Yourself These Dozen Questions About Your Non-Competes?

If so, then Georgia’s 2011 Restrictive Covenants Act (the “Act”) likely will not apply.  And a non-compete or non-solicit will likely be harder to enforce against a former employee.

If not, the Act may not allow a non-compete.  For more information see our article on “Is Your Non-Compete Enforceable Against That Employee?”

Perhaps more people are aware of non-solicits, which prevent former employees from going after certain customers, than of typical non-competes, which can prevent any kind of work for a competitor.  Non-solicits tend to be easier to enforce.  For example, under the Act, Courts will almost always enforce non-solicits covering customers with whom a former employee extensively worked.  But non-competes have several more requirements to meet, including specific limits on the type of employee who can sign an enforceable non-compete.  That said, some clauses in contracts look like a combination of a non-compete and a non-solicit.

If so—perhaps the employer has not paid required bonuses or salary—the employee may have an argument that the restrictive covenants no longer apply.[1]

Most employers will quickly say yes.  But did the employee really have access to non-public information that would be valuable to competitors?  If not, a non-compete will be hard to enforce.

If so, the non-compete may be overbroad and unenforceable.

If so, the employer may not have enough of a business interest to enforce the non-compete.

While less problematic than a yes to the previous question, if so, the employer may still not have enough of a business interest to enforce the non-compete.

If so, the non-compete is likely harder to enforce.  But broad access to trade secrets or a far-reaching executive role might justify a ban on activities larger than those the employee performed for the employer.

If so, the non-compete or non-solicit will be harder to enforce because the employer may lack a business interest or because the restrictive covenant may be unreasonable.

If the employee has no other options for making a living, the court will be less likely to enforce the non-compete.

As all these questions and answers show, the circumstances of each employee can be important when trying to enforce a restrictive covenant in litigation under the Act. 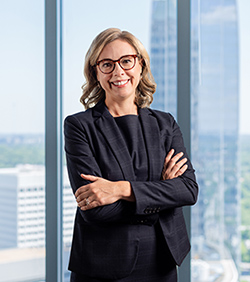