A major provider of kidney dialysis services is fighting to bar public access to court records in a whistle­blower case that accuses the company of defrauding Medicare and Medicaid of hundreds of millions of dollars.

On Friday, an increasingly skeptical federal judge pressed attorneys for DaVita Inc. as to why documents containing information and data, some of it more than a decade old, should remain under seal and unavailable for public scrutiny.

U.S. District Senior Judge Charles Pannell Jr. noted repeatedly during the two-hour hearing that much of the material DaVita lawyers have filed under seal was “old,” “out of date” or did not appear to be confidential.

DaVita lawyer Randi Schnell of Bondurant Mixson & Elmore contended that the information—if publicly available—could violate the confidentiality terms of DaVita’s pharmaceutical supply contracts, even outdated ones, or give an edge to the company’s competitors.

Schnell noted that a number of the sealed documents Pannell questioned had already been sealed by a magistrate judge. Pannell replied: “Just because we sealed something before doesn’t mean we didn’t make a mistake.”

L. Lin Wood, one of the lawyers representing the two whistleblowers, argued that many of the documents DaVita lawyers are filing under seal “in essence show the amount of waste” the company allegedly relied on to boost profits. Wood said that issue is at the heart of his clients’ case and should not be sealed.

Wood suggested that the public has a right to know about a case involving potentially millions of taxpayer dollars and that the courts have a duty to make the information available. “There ought to be sunshine on these documents,” he said. “They want to keep this information in the dark. They don’t want the public to know.”

The hearing follows an order Pannell signed last month sanctioning DaVita for “unacceptable” litigation conduct that could force the company to reimburse whistle­blower lawyers for as much as $2 million in fees and expenses.

Pannell held that the company demonstrated “enough of a showing of bad faith” to warrant reopening discovery. Whistleblower lawyers had sought the sanctions, claiming that key witnesses either had given false testimony in depositions or recanted statements made under oath.

The two former DaVita employees claimed in their suit that, for years, DaVita systematically defrauded Medicare, Medicaid and civilian medical programs for the U.S. Department of Veterans Affairs and Defense Department. They claimed DaVita boosted profits by prescribing—and billing the federal government—for vials of drugs that were larger than the smaller doses actually administered to patients.

The federal False Claims Act allows private citizens to file civil actions on behalf of the government against individuals and companies who defraud government programs. Those who sue, called relators, receive a portion of the recovered damages if their allegations are upheld.

Wood has said that if the suit is successful, monetary damages could approach $300 million. Because damages are trebled under the False Claims Act and may be augmented by the addition of civil monetary penalties for each false claim submitted, DaVita potentially could be liable for more than $2 billion.

Earlier this month, Pannell ordered Friday’s hearing after reviewing a growing number of documents and court records that DaVita lawyers were filing under seal.

“The documents at issue in all the motions are documents which the defendants seek to conceal from public view,” Pannell said in his order. He added that many of those documents do not qualify under the standards set in a protective order that is currently in place.

“Undoubtedly, these documents contain business information that the defendants would prefer to keep secret,” Pannell wrote. “However, the majority of the documents are more than 10 years old. The court questions the need to file these documents under seal.”

The judge also wrote that DaVita lawyers had offered “general explanations for the types of documents that they contend should be sealed, including contract terms, wastage and dosing information, financial analyses and health information.”

However, he added, “While health information that identifies patients is confidential under federal regulations and will be maintained under seal, the remaining categories are less certain. This is particularly true in the context of information as old as the documents at issue here. In other words, information that, if current, would be commercially sensitive information likely loses that status after some time passes.”

In addition to Wood, the relators are represented by lawyers from the Atlanta firms Wilbanks & Bridges and Krevolin & Horst.

Last May, in a motion citing former Supreme Court Justice Louis Brandeis’ famous remark—”Sunlight is said to be the best disinfectant”—they petitioned the court to determine whether statements they had quoted in their own pleadings had to be redacted before they were made accessible to the public.

With the exception of patient health data and other patient personal or financial information, any claim by DaVita that much of the evidence in the case, if public, could harm the company “does not outweigh the public’s right to know,” the whistleblower lawyers said.

“This is particularly true given the nature of the defendants’ business: they are a health care provider providing care to hundreds of thousands of dialysis patients and their primary revenue stream is taxpayer dollars,” they wrote.

“DaVita executives admit they have a duty to the public trust, yet seek to deny the public access to hold them accountable.”

Disclosure of the information “could cause DaVita competitive harm in future negotiations” with drug manufacturers, defense lawyers argued. “Moreover, this non-public information could also be used by private insurance companies with whom [the] defendants frequently renegotiate reimbursement rates.”
Citing a 2007 case from the U.S. Court of Appeals for the Eleventh Circuit ( Romero v. Drummond Co., 480 F.3d 1234), DaVita lawyers contended the Eleventh Circuit has determined “the common law right of access may be overcome by a showing of a party’s interest in keeping the information confidential.” 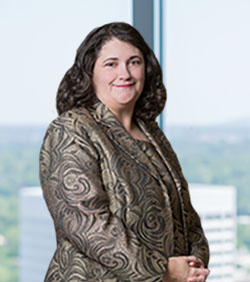