How Can You Protect Your Software As A Trade Secret?

Cases
Insight
Press
Client Resources
How Can You Protect Your Software As A Trade Secret?

Customized or proprietary software may be your company’s largest asset.  But is it a trade secret? Software is different than other types of trade secrets because both copyrights and patents might provide additional protection.

Protecting software as a trade secret has some advantages to using a copyright or patent.  For example, trade secret protection does not require—as copyrights or patents do—an application and upfront filing cost.  Trade secrets—perhaps obviously—are much more secret than more publicly available patents or copyrights.  Moreover, trade secrets can protect a broader array of software information than a copyright.  Ultimately, using trade secrets to protect software may be most useful to a small software company, as it innovates quickly and competes against larger, well-funded competitors with older, legacy software.

How courts typically analyze software as a trade secret

You sued the customer.  It was “abundantly clear” to the court that your customer closely modeled its product on yours and “relied heavily” on its knowledge of your product “to build [its] own software.”[1]  Yet the court refused to stop the customer from using and selling its software.  The law of trade secrets did not protect your software.

Why? In short, because the company gave free trials of its software without confidentiality agreements.

In the Broker Genius case, Broker Genius had ticket-pricing software called AutoPricer v.3.  One of its customers was NRZ, which was owned by Messrs. Shamah and Zalta.  To become a customer, NRZ signed both a Terms of Use and a Service Agreement.

Generally, to succeed on a claim for trade secret misappropriation, a plaintiff must prove that (1) it had a trade secret, and (2) the defendant used the trade secret improperly.

Improper use of the software was an easy question for the court.  First, the Service Agreement prevented disseminating, distributing, and reverse engineering the AutoPricer software.  Second, “Zalta admitted that he distributed screenshots of the AutoPricer v.3 user interface—along with his annotations that explained how the software and its various widgets functioned—to at least two software developers.”[2] Third, NRZ breached the Service Agreement by having very similar software to AutoPricer v.3 created after having had access to the claimed trade secret information.

Specifically, the court stated that some highly visible marketing activities—e.g., publishing screenshots of earlier versions of AutoPricer and three-to-eight-minute product demonstrations—did not destroy trade secret status.    But Broker Genius gave customers the full version of its software during a trial period under the Terms of Use, which contained no confidentiality provision.  And, because the Terms of Use did not protect confidentiality during a trial period, the terms of the later Service Agreement did not matter.

Broker Genius is not unusual.  Georgia cases under the GTSA analyze software similarly.  In fact, the law about computer software and trade secrets has not greatly changed in decades.[3]

Ultimately, the Broker Genius case is a good reminder of the steps to increase the chance of being able to protect software as a trade secret.  Those steps can include the following: 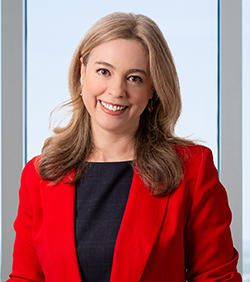